Rivers are under threat all around the world. Despite their crucial importance for humans and nature, they are contaminated, blocked by dams, depleted for irrigation, and canalized for transportation. Historically, conquering nature and (at once) ordering society through mega-infrastructure, among others, has been a main response to water scarcity, quality, and flood risk problems; now aggravated by climate change. 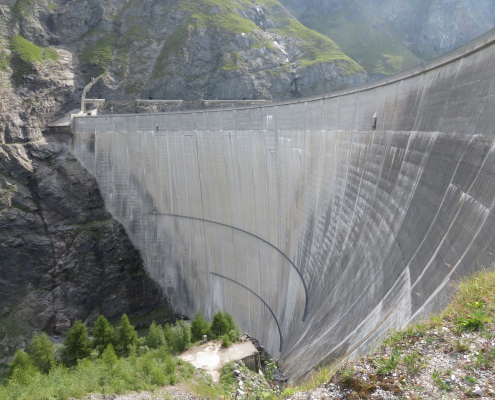 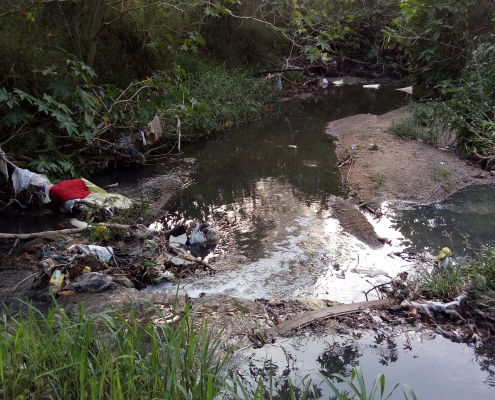 However, so far, they have received only little attention from scholars and policy makers alike.  Current concepts and methods in the realm of water governance are insufficient to understand and theorize the pluriverse water worlds and claims for alternative approaches. The Riverhood and River Commons projects will develop a new framework to better understand and support river co-governance and new water justice movements. This new Science-Policy-Societal Action Framework has four dimensions: 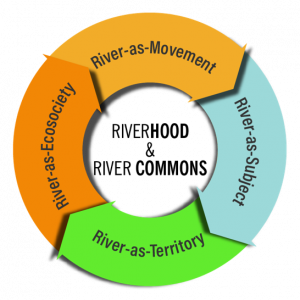 These dimensions are closely interrelated. For instance, rules and rights established in a territory (RT) intrinsically relate to the river’s bio-physical ecologies (RE) and can spark specific counter movements (RM). Thus, each dimension will come back in each research project, even though possibly to varying degrees. Besides the study of these dimensions, the researchers will also explore how the dimensions interact, what key factors impede and enable synergies between them at different time and geographic scales, and how diverse actors can create learning spaces for individual and collective critical reflections and knowledge exchange for sustainable river co-governance.