You are here: Home1 / Events2 / Excursion to Brabant: Creation of wetland, drying peatland area, and flood control in Den Bosch3

The excursion to Brabant, the Netherlands, was part of the Secondment course. The Secondment was a 2-month course designed to provide Riverhood and River Commons PhD students with action-research tools and experiences in preparation for their actual fieldwork in various countries in Latin America, Africa, Asia, and Europe. In this course, the PhDs developed a short-term action-action project in partnership with local initiatives and institutional actors working on the Meuse River, in the Netherlands. Three excursions, to different locations along the Meuse River, were organized as part of the groups’ assignments. The first excursion was to Limburg (Days 1 and 2); the second, was to Brabant (Day 3); and the last trip was to Biesbosch (Days 4 and 5).

On the morning of the 12th September, the group went to the nature reserve De Peel, in particular the area of the Deurnsche Peel, to meet Wim van Opbergen, who has been actively involved in nature protection for around 40 years of his life. Wim explained the challenges faced by the peatland because they are surrounded by agricultural land that has been draining increasingly more water, thus contributing to the drying of the nature reserve. The two main challenges currently faced by De Peel are drought and an over-accumulation of nitrogen, which is particularly harmful in an area that is supposed to be low in nutrients. Connecting this local struggle for the protection of a nature reserve to a nationwide context of farmers’ protests against the Dutch government and the so-called nitrogen issue helped to illustrate very clearly how environmental interests and agricultural interests may be in tension with each other, and how the political, economic and cultural dimensions of these issues intersect each other, constantly. 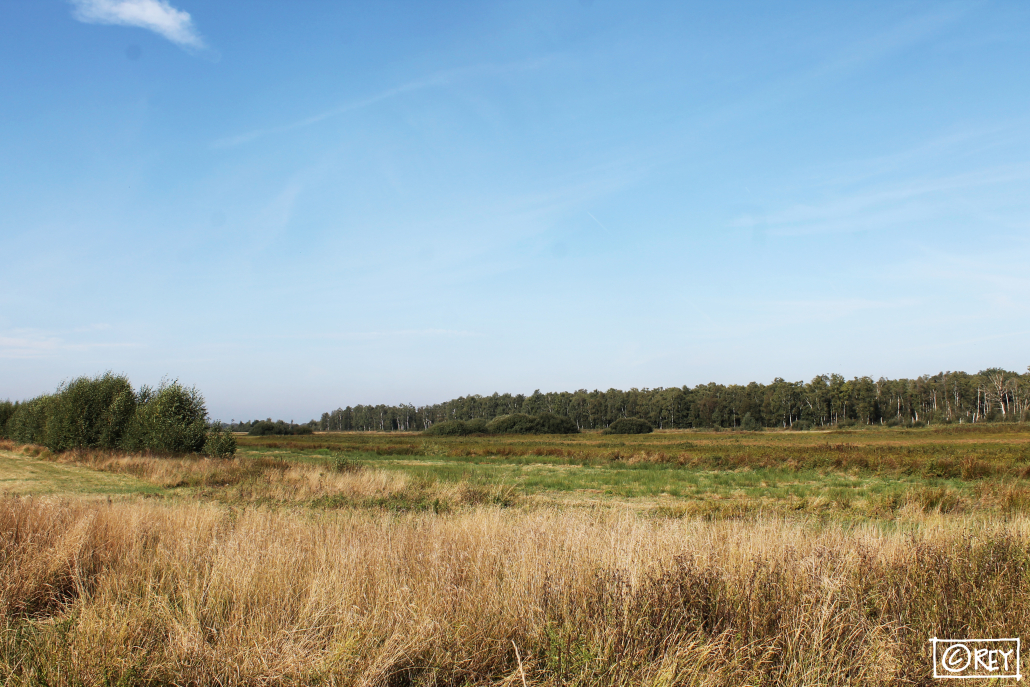 This latter part was, in fact, a recurrent theme throughout the day. On the second visit of the day, the group went to Den Bosch and learned more about flood protection around the city. Three particularly interesting points included: the ways in which canals have been built to divert water from the Dommel into local floodplains (as part of the Room for the River program) in case of a rise in water levels, to prevent flooding of the city; the fact that a group of citizens has organized to create an initiative called “De Vrije Maas”, a detailed plan presented to authorities that have so far not been engaged with; and the fact that the Spuisluis Crèvecoeur contains one of the biggest fish passages in the Netherlands, with an automatic counting mechanism that has registered the passage of 20.000 fish in one year. Unfortunately, with the drought, some parts of this fish passage are now impassable, raising questions about how the climate crisis affects both human and other-than-human lives in manifold ways. 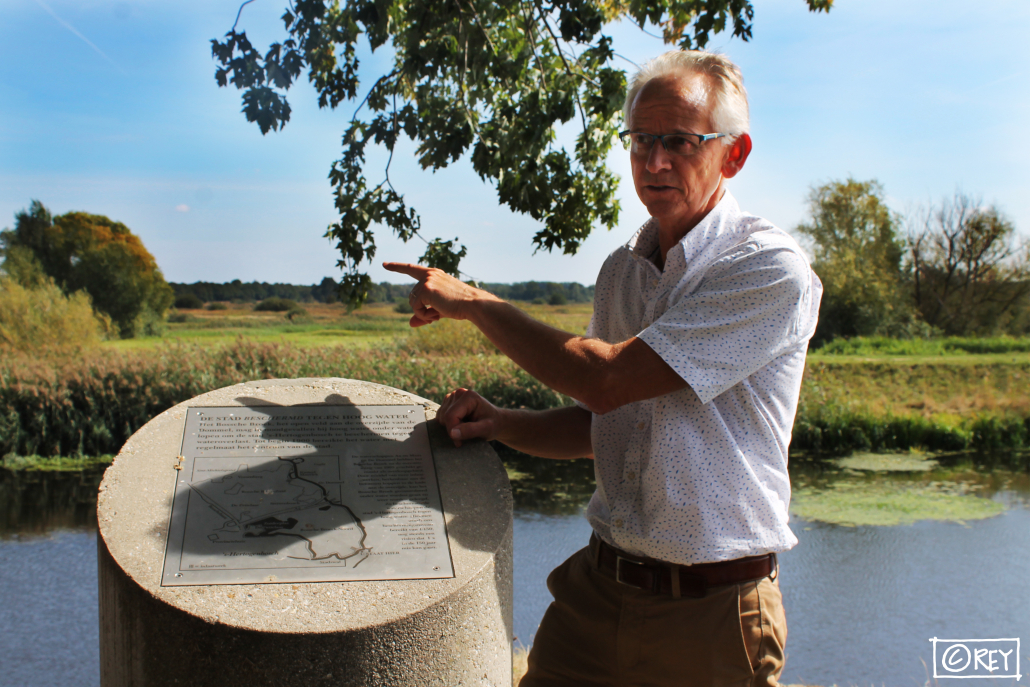 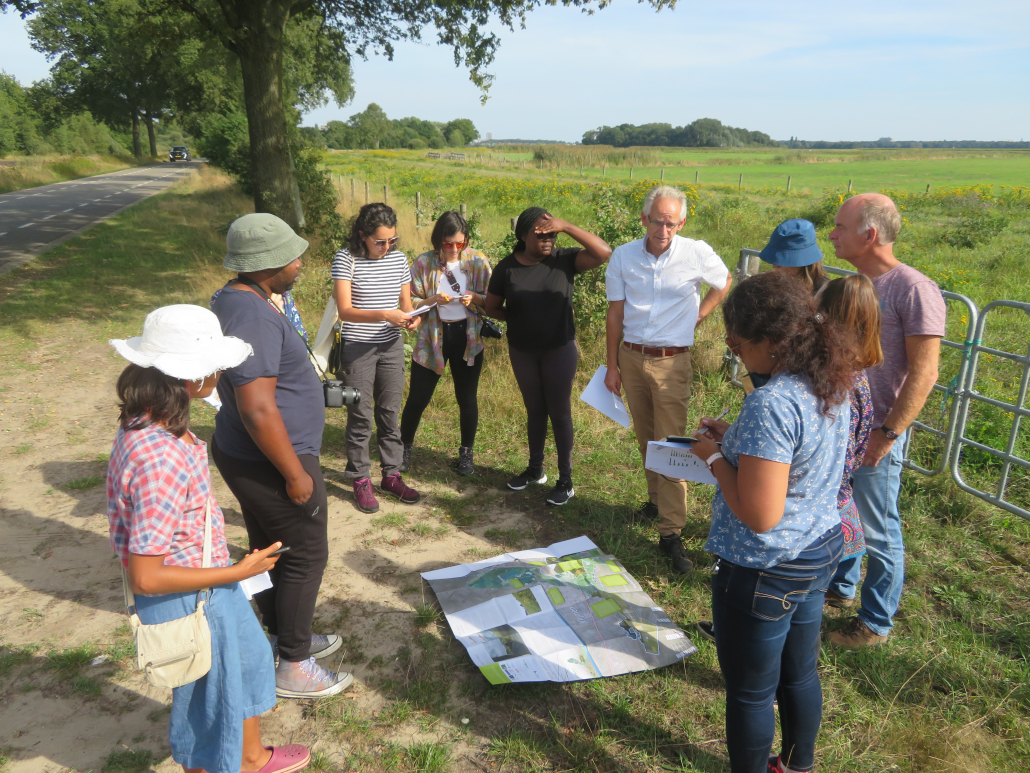 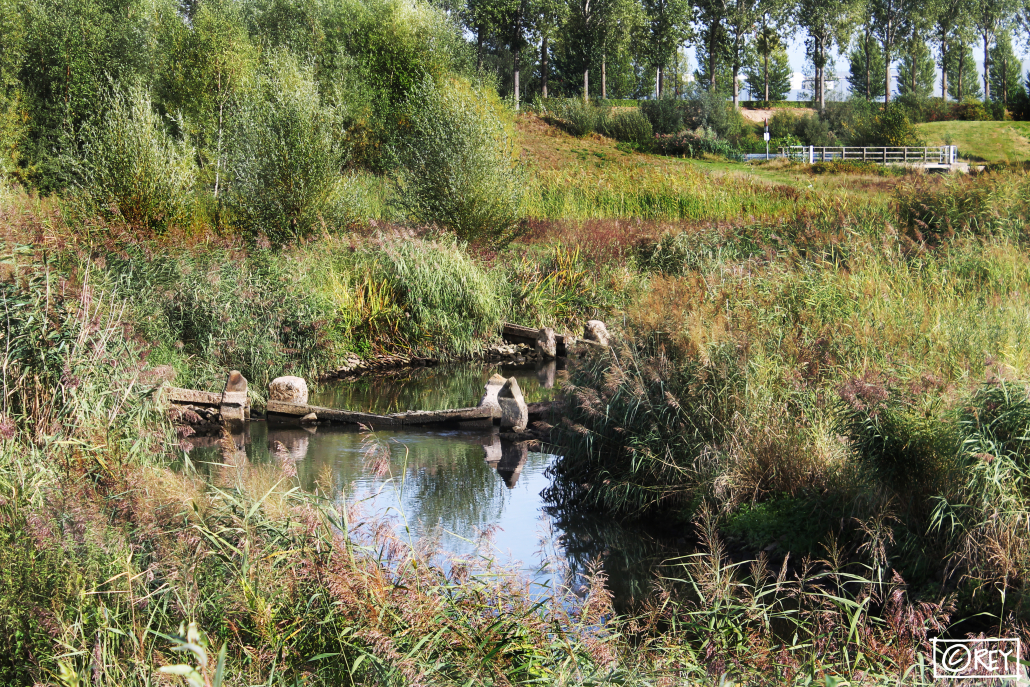 The third visit of the day was to Dreumel, where the group met the Burgercollectief Dreumelse Waard: four men who have worked intensively to denounce the dumping of contaminated soil in a lake connected to the Maas River system – a lake which is linked to their own personal histories and lives due to their fishing activities. This is a particularly interesting case of citizen action against political-economic interests and neglect – one might even say, criminal activity –, which crosses national borders (ships carrying contaminated soil would come from Belgium, carrying waste like construction material, plastic, and other pollutants) and scales: the citizen collective was even called to go to The Hague once, but the damage had already been done. Again, it raises important questions on the extent to which socionatures might be damaged by economic interests and by political details struck behind doors, requiring organized action from citizens to denounce abuse of power and environmental destruction. This case would certainly merit further research. 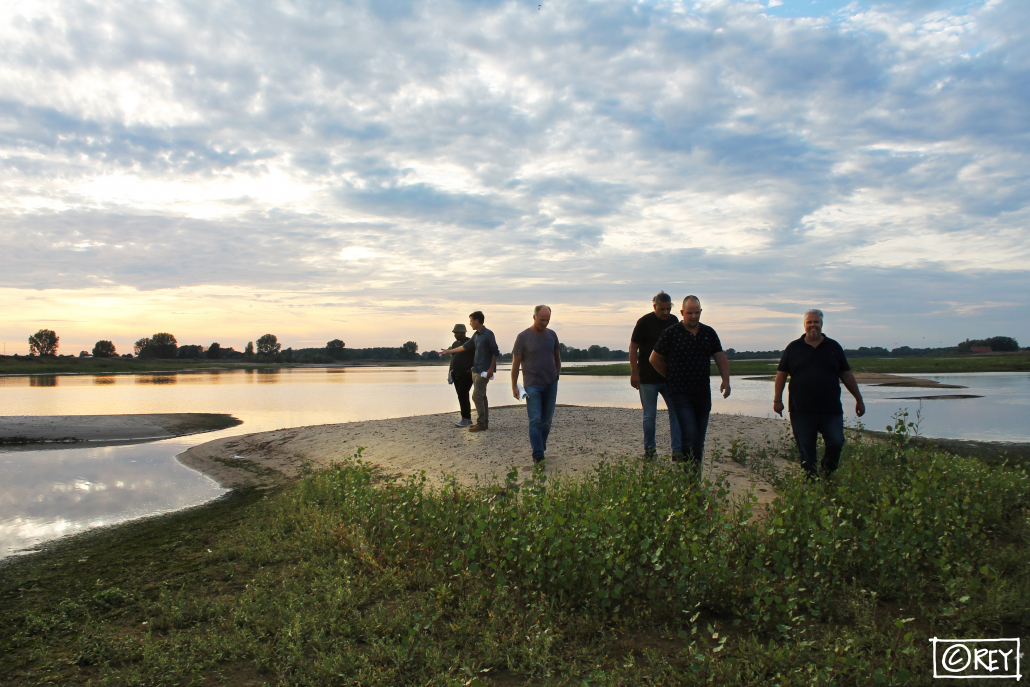 Excursion to Limburg (day 2): History of the Meuse River and visit to the Benzenraderhof farm Excursion to Biesbosch: The Biesbosch Museum
Scroll to top