The excursion to Limburg, the Netherlands, was part of the Secondment course. The Secondment was a 2-month course designed to provide Riverhood and River Commons PhD students with action-research tools and experiences in preparation for their actual fieldwork in various countries in Latin America, Africa, Asia, and Europe. In this course, the PhDs developed a short-term action-action project in partnership with local initiatives and institutional actors working on the Meuse River, in the Netherlands. Three excursions, to different locations along the Meuse River, were organized as part of the groups’ assignments. The first excursion was to Limburg (Days 1 and 2); the second, was to Brabant (Day 3); and the last trip was to Biesbosch (Days 4 and 5).

The excursion to South Limburg started at the Smeermaas, an area that is part of the Grensmaas project. There, the group started reflecting on how it is possible to create a ‘new landscape’. It is not a new landscape maybe, but a ‘restored’ one. But then, a question arose: Restore it back to which point in history? How to choose the right moment in history when we want to return to a particular condition of nature? During the discussion, the group concluded that there is not a clear answer to it and there are no right or wrong answers to that question.

Further discussions focused on the restoration of this natural area and how after the extensive floods of 1993 and 1995 water control authorities shifted their goals towards a more careful focus on combining gravel mining, nature development, and flood protection. Lotte de Jong (PhD student LivingLab Grensmaas) explained how the Grensmaas project was developed through a consortium between the Rijkswaterstaat, nature conservation groups, and gravel mining companies; which, according to the official reports, have been “always work perfectly together”. In this project, the farmers could have been seen as “the big losers” as their land was expropriated, yet at the same time they were “happily bought away”. Nonetheless, in the Grensmass project, the nature conservation strategies emphasize flood protection over nature and ecology, and financial interests seem to play a more important role; a perception that became clear when gravel miners were allowed to take more gravel than they were supposed to. 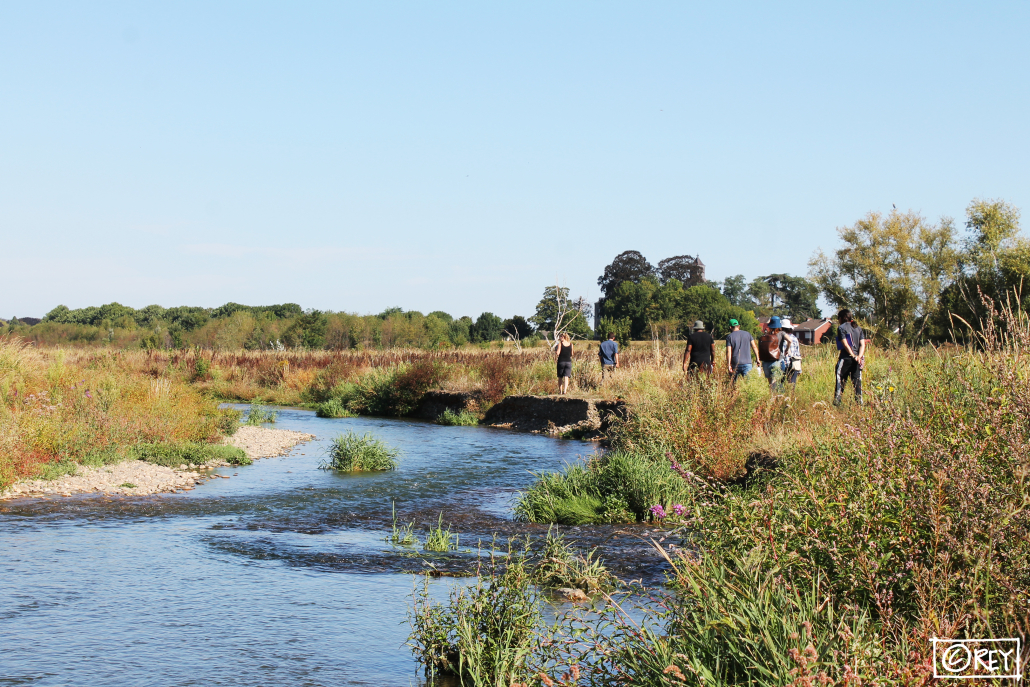 The group continued their journey towards Borgharen where an immense weir infrastructure was waiting just like a whispering giant. At this point, we discussed the river barriers and how they control the water levels for this nature area, which at the same time limits the free fish migration. On these barriers, fish ladders have been implemented, however without much success as fish cannot find the passage as the water flow is too slow for them. New questions emerged: How to preserve fish migration? Are these giant structures still needed? How far can we go in order to create more hydropower plants in the already exhausted river? 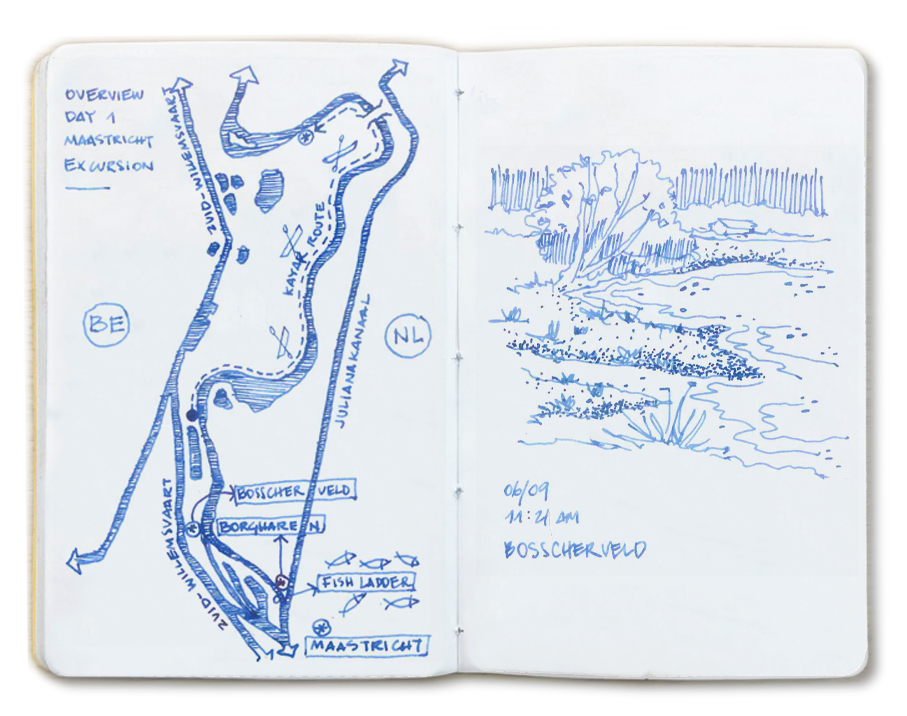 The group left behind the concrete giant to get back into the river and its calm waters. This time, on board of the designed technology of a kayak. We navigated the shallow waters of the Maas and, together, we looked at the different characteristics of the landscape: materials, vegetation, infrastructure, visitors… 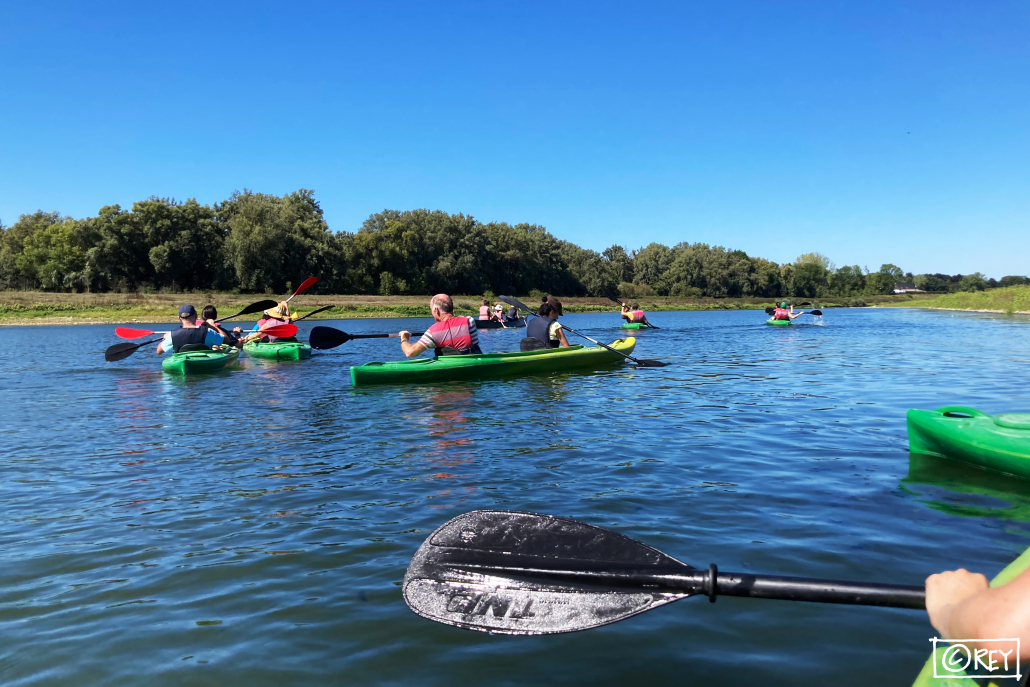 I, Catalina, personally focussed on infrastructure and how during our water journey it changed from light poles and cables in the Belgium banks, passing distant wind turbines on the Netherlands side, crossing next to small villages at both river banks, like old neighbors waving to each other. Until we reached another whispering giant: a massive bridge, pointing out the end of our expedition, with his shadow upon our heads. 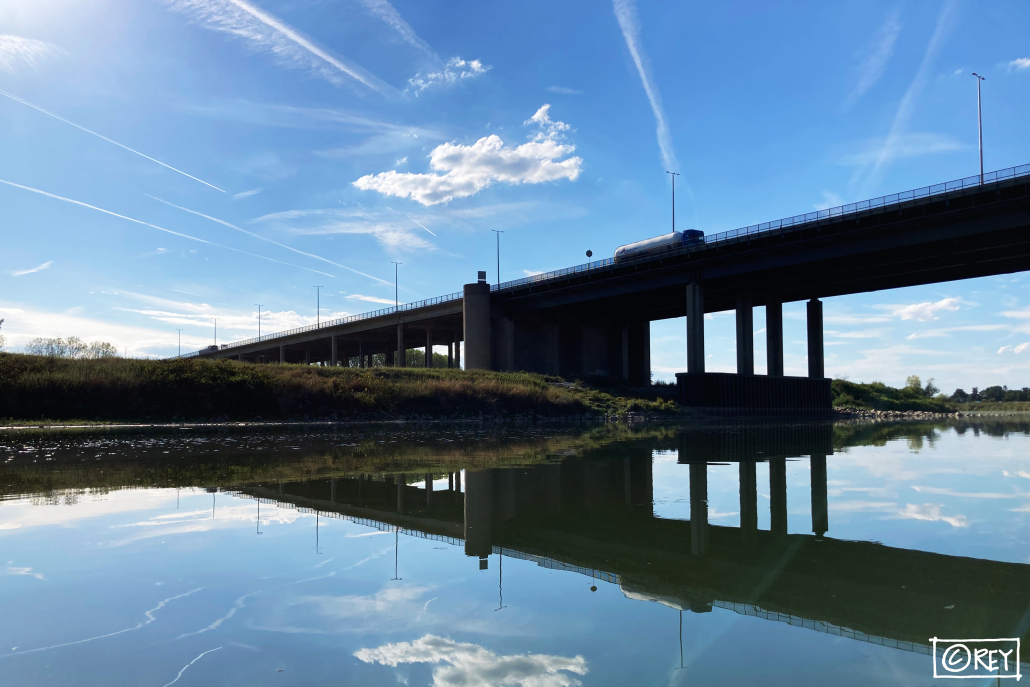 New questions arose from this journey in waters: What is infrastructure? Is it only something that serves an end? How does it transform the landscape? How does infrastructure change relationships in a given territory? What are its dynamic relations? In the end, I could only conclude that infrastructures materialize certain imaginaries and ideologies. However, these silent-whispering-screaming giants are constantly being challenged by other materialities and technologies, nature and people, and visitors like us, that are modifying their meaning and relations.

A debate around “Dams, Rivers and Rewilding Dams” Excursion to Limburg (day 2): History of the Meuse River and visit to the Benzenraderhof farm
Scroll to top