Excursion to Limburg (day 2): History of the Meuse River and visit to the Benzenraderhof farm

You are here: Home1 / Events2 / Excursion to Limburg (day 2): History of the Meuse River and visit to the Benzenraderhof farm3

Excursion to Limburg (day 2): History of the Meuse River and visit to the Benzenraderhof farm

The excursion to Limburg, the Netherlands, was part of the Secondment course. The Secondment was a 2-month course designed to provide Riverhood and River Commons PhD students with action-research tools and experiences in preparation for their actual fieldwork in various countries in Latin America, Africa, Asia, and Europe. In this course, the PhDs developed a short-term action-action project in partnership with local initiatives and institutional actors working on the Meuse River, in the Netherlands. Three excursions, to different locations along the Meuse River, were organized as part of the groups’ assignments. The first excursion was to Limburg (Days 1 and 2); the second, was to Brabant (Day 3); and the last trip was to Biesbosch (Days 4 and 5).

The second day of the excursion to Limburg (September 7) started with meeting historian Nico Randeraad from the Maastricht University to understand the social history of the Meuse river. Using the concept of  ‘environmental stewardship’, Nico explains how the social landscape of the River Meuse has been shaped from a historical point of view. Using a three-dimensional framework (actors, their capacities, and personal motivations), he explains the infrastructures created around the Meuse to suit various interests. Starting from the 18th century, there were interventions taken place in the river from protecting the banks of the rivers from erosion, accounting the tenants around the Meuse river for paying for its maintenance. In the 19th century, interventions focussed on changing the course of the river to make it amenable for navigation and building dikes for flood protection. During this time the French centralisation created new ways of controlling and communication, resulting in new agencies and interventions from expertise. Thus, centralisation made it possible to domesticate the River Meuse. Here the local authorities still had a veto power to provide finances and manpower, especially in terms of providing construction materials. The locals were given ownership by being part of the interventions. Although the river Meuse is a highly controlled and regulated river, at present there are many initiatives taking place to maintain the natural flow of rive and protect it from pollutants. The discussion was useful to understand the power regimes which are embedded in the river landscape from a historical perspective. There were interesting discussions around understanding stewardship from a political ecology perspective, understanding the changing river interventions based on people’s knowledge, motives, and capacities to change. 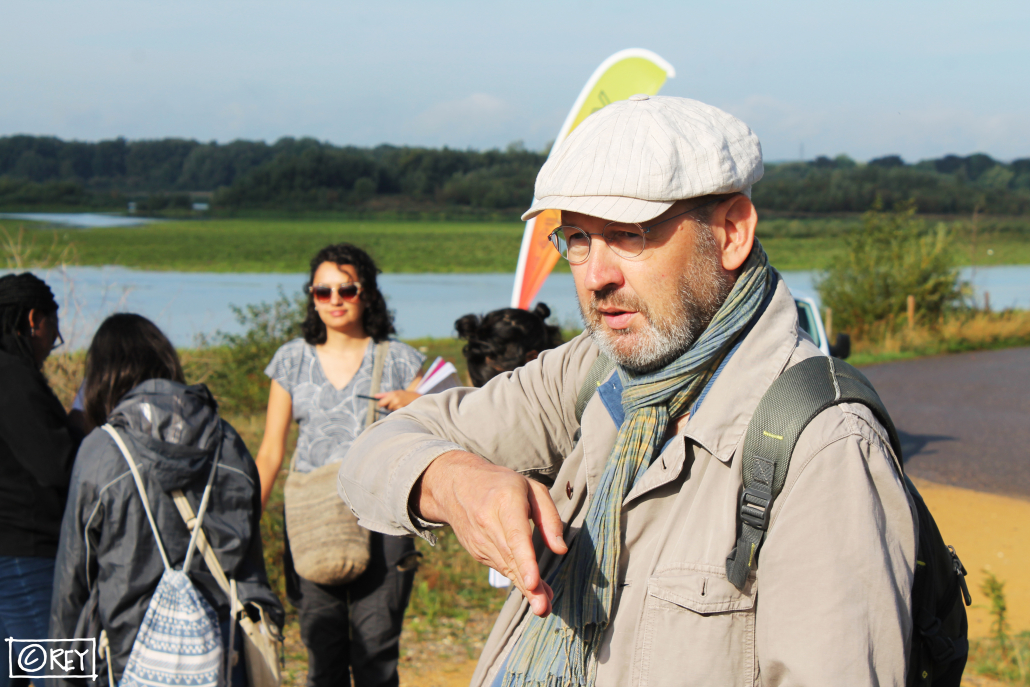 The second meeting was about understanding the water retention and water quality project at a farm (Benzenraderhof), which was a rewilding initiative of Geleen beek. The initiative started with the aim of cleaning up the polluted sediments of the pond and restore its ecological function, which is also the headwaters of Geleen Beek at Heerlen. The initiative involved negotiations between the family owning the pond and the Regional Water Authority. After many rounds of discussion, the project began with building of dikes around the ponds to prevent the flow of polluted runoff. It also included activities like removing the sediments and fish from the pond, building footpaths around the pond for the local communities and checking the control of pollutants of the pond. The activities were planned in consultation with the family. However the implementation of the project was not in accordance with the agreed terms and conditions. The family then objected to the project and also filed a case. The result was re-negotiation of terms and conditions and the Municipality taking full responsibility of checking the pollutant load of the pond. The example shows the typical bureaucratic approach and the emphasis of power to control and manoeuvre the natural resource, a controlled rewilding. However these intentions were not fulfilled due to strong willingness of the family to fight against the bureaucracy as they shared an intricate relationship, valuing the cultural and aesthetic value of the place. The project was completed after long struggle of 15 years. 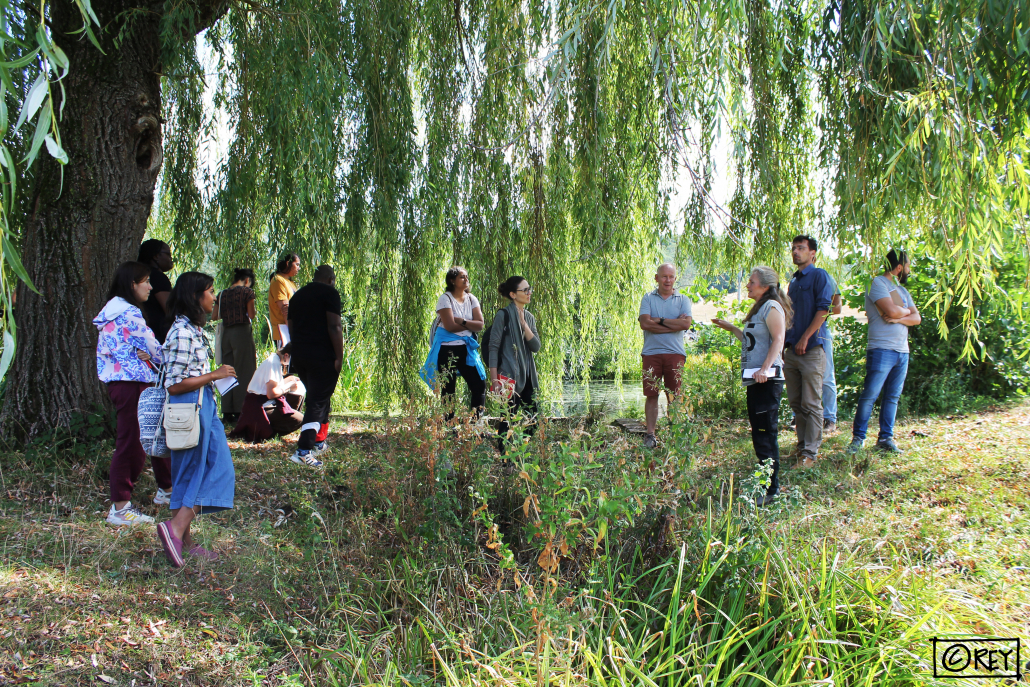 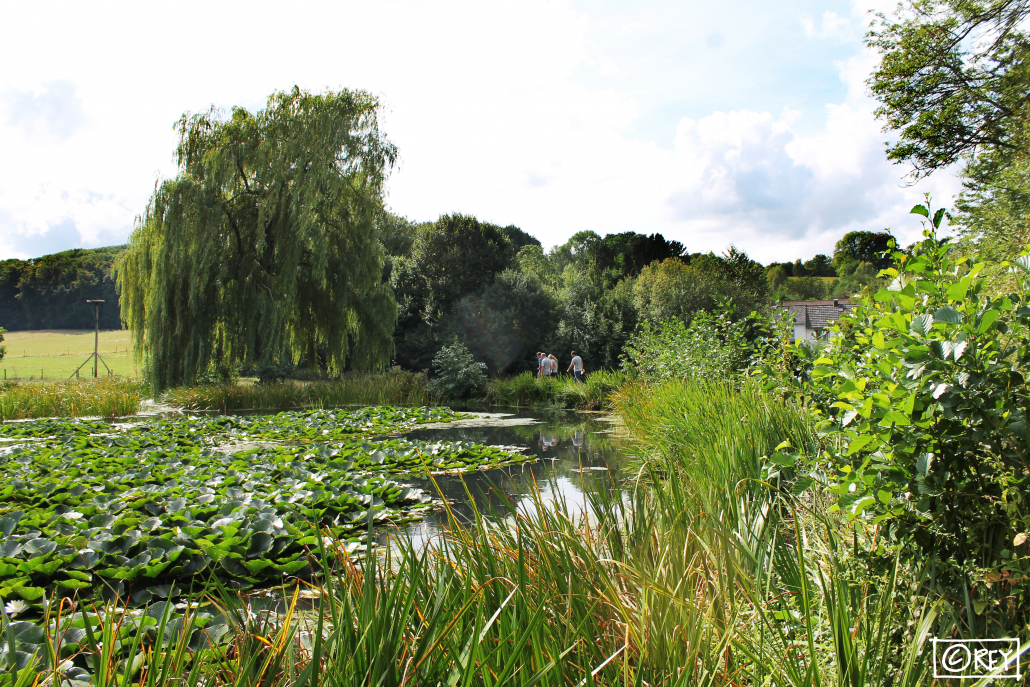 The last meeting was a discussion with Britt Dragstra from the Institute for Nature Education on the ‘Rights for the Meuse campaign’. The organisation works in collaboration with school children, companies and other organisations with the motto of cleaning the River Meuse from the heavy polluted plastics. It is involved in the river clean-up initiative, which involves creating awareness, building campaign around Rights of Nature and cross-border collaborations for effective solutions. With respect to rights of nature, discussions were around the legality of Rights of Nature, ownership and guardianship, disempowering power and the interests of the various stakeholders for articulating rights of nature for protecting the rivers.