On November 18, 2022, Juan Carlos Gutiérrez, who is an anthropologist, researcher, and director of Fundación Alma (Colombia), presented the themes of research work on artisanal fishing of this foundation. Also, he described the processes carried out by him and his team to strengthen the governance of the Magdalena River from methodologies based on Participatory Action Research (PAR) with artisanal fisher communities and social organizations. Gutiérrez discussed the biocultural systems of artisanal fisheries in the Magdalena River, its aquatic ecosystems, and wetlands.

Fundación Alma is a non-governmental organization (NGO) that conducts interdisciplinary research from the social and natural sciences with the intention of making political intervention in the Magdalena River. Simultaneous and interrelated objectives motivate the research, and the social and political agenda of the foundation: 1) the restoration of riparian forests, floodplains, and uplands of the river from artisanal fishing and agroecological projects such as productive gardens and seed conservation; 2) the construction and strengthening of productive practices complementary to artisanal fishing from sustainable agriculture; and 3) the promotion of political advocacy and governance of the river from the recognition of artisanal fishing as an immaterial heritage of Colombia. These objectives have been transformed and consolidated in the Special Safeguard Plan (PES, by its acronym in Spanish).

The main objective of the PES is to support the historical struggles of fisher communities and their hydrosocial territory based on the recognition of the fisher communities as cultural subjects with political rights. Fundación Alma is articulated with different local, national, and international actors to achieve this political recognition at the national level. This implies the recognition of the symbolic, material, social and political relationships of fisher communities with the Magdalena River (Boelens et al, 2021). From the vindication of the amphibian culture and the existence of water’s people (los pueblos del agua), Fundación Alma seeks that Colombia heals and settles the historical debts with fisher communities. It is important to mention that on December 6, 2022, artisanal fishing on the Magdalena River was declared immaterial heritage of Colombia by the National Council of Cultural Heritage. 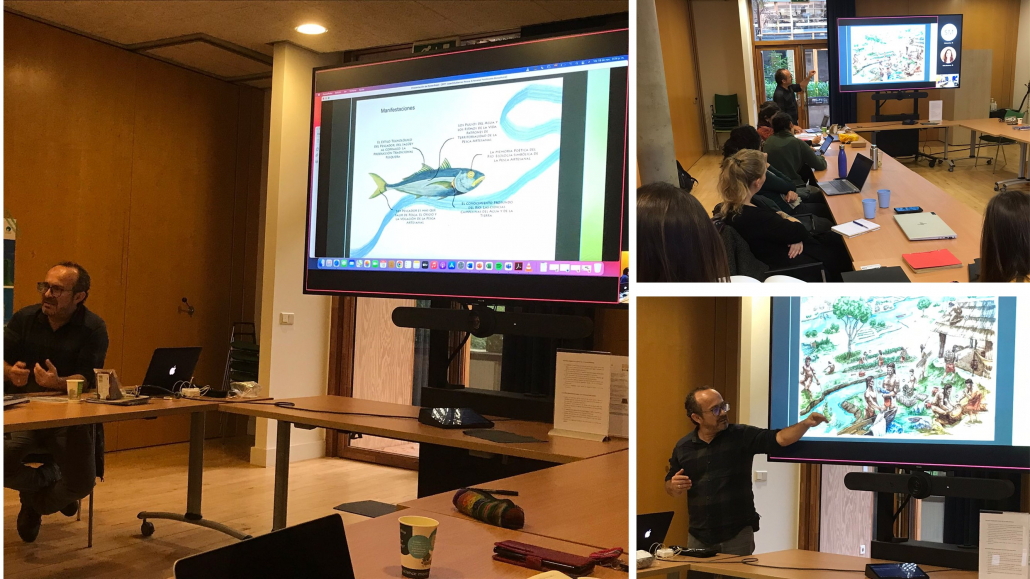 Gutiérrez also discussed that the process of fishing patrimonialization and the recognition of the fishers as political subjects has been carried out jointly with the participatory analysis of social cartography and the understanding of the acuatorios, a concept coined by the researcher to talk about the aquatic territories of fishers (Gutiérrez, 2016). Thus, the comprehension of the non-static dynamics of the river is relevant and essential to understanding the geography of the Magdalena through dynamic maps. In addition, it will contribute to the recovery of lost histories of fisher communities, which have been affected by the armed conflict, the land accumulation through dispossession mechanisms, the infrastructures that affect the connectivity of the river, and the extractive projects that ignore the sessions of the river, the variability of the climate and the socioecological complexities of the river.

A river with rights and in constant dispute, The Atrato river basin, Colombia – Lecture by Sandra Liliana Mosquera EDGES-UBC and Riverhood meeting on “Rivers and Translocal Commoning Struggles”
Scroll to top